My old tarot deck doesn’t trust my new one. 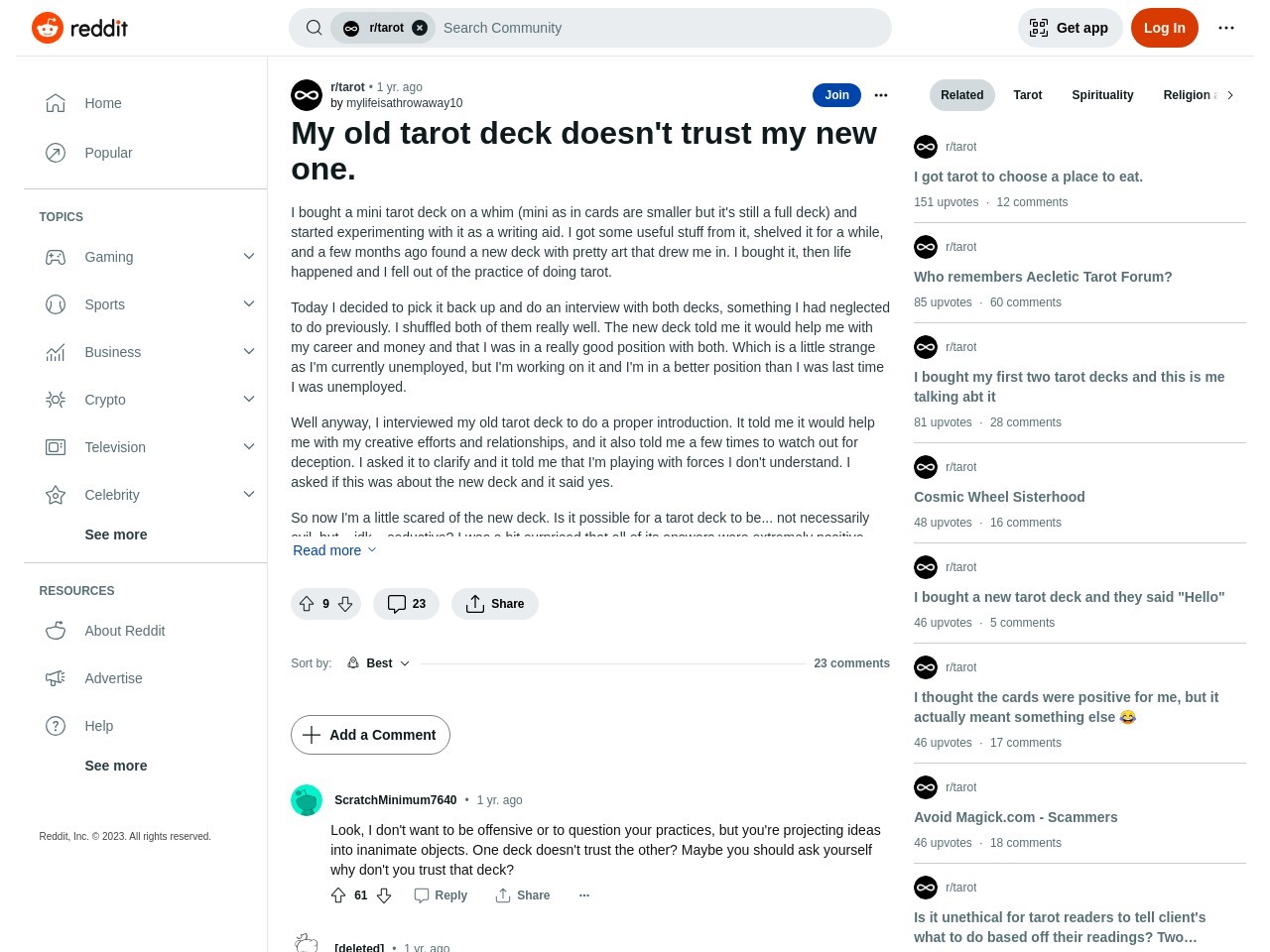 I bought a mini tarot deck on a whim (mini as in cards are smaller but it's still a full deck) and started experimenting with it as a writing aid. I got some useful stuff from it, shelved it for a while, and a few months ago found a new deck with pretty art that drew me in. I bought it, then life happened and I fell out of the practice of doing tarot.

Today I decided to pick it back up and do an interview with both decks, something I had neglected to do previously. I shuffled both of them really well. The new deck told me it would help me with my career and money and that I was in a really good position with both. Which is a little strange as I'm currently unemployed, but I'm working on it and I'm in a better position than I was last time I was unemployed.

Well anyway, I interviewed my old tarot deck to do a proper introduction. It told me it would help me with my creative efforts and relationships, and it also told me a few times to watch out for deception. I asked it to clarify and it told me that I'm playing with forces I don't understand. I asked if this was about the new deck and it said yes.

So now I'm a little scared of the new deck. Is it possible for a tarot deck to be… not necessarily evil, but… idk… seductive? I was a bit surprised that all of its answers were extremely positive because usually when other people do tarot readings on me or when I've done them with the old deck it's been a mix of positive and negative but always constructive.