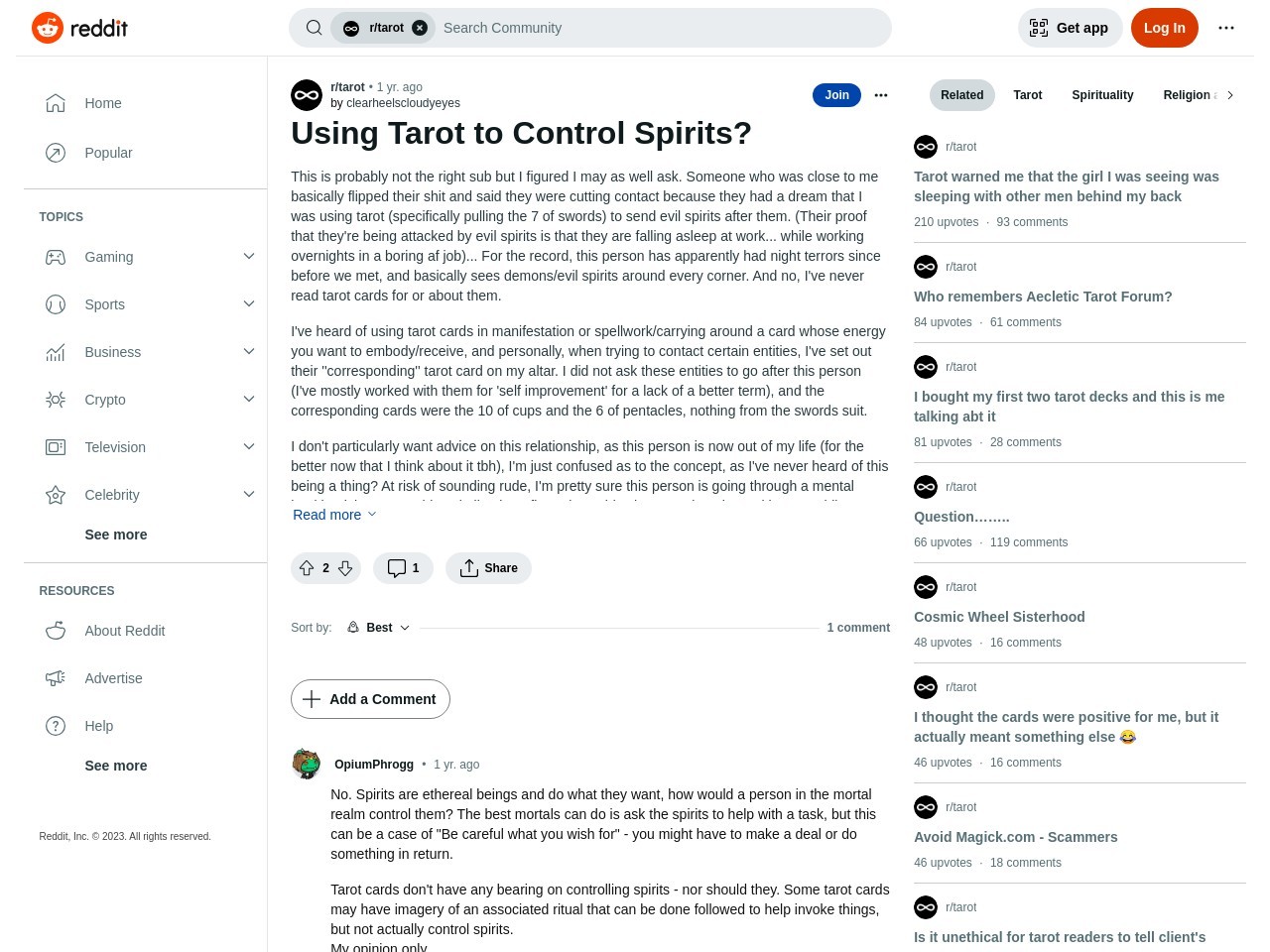 This is probably not the right sub but I figured I may as well ask. Someone who was close to me basically flipped their shit and said they were cutting contact because they had a dream that I was using tarot (specifically pulling the 7 of swords) to send evil spirits after them. (Their proof that they're being attacked by evil spirits is that they are falling asleep at work… while working overnights in a boring af job)… For the record, this person has apparently had night terrors since before we met, and basically sees demons/evil spirits around every corner. And no, I've never read tarot cards for or about them.

I've heard of using tarot cards in manifestation or spellwork/carrying around a card whose energy you want to embody/receive, and personally, when trying to contact certain entities, I've set out their ''corresponding'' tarot card on my altar. I did not ask these entities to go after this person (I've mostly worked with them for 'self improvement' for a lack of a better term), and the corresponding cards were the 10 of cups and the 6 of pentacles, nothing from the swords suit.

I don't particularly want advice on this relationship, as this person is now out of my life (for the better now that I think about it tbh), I'm just confused as to the concept, as I've never heard of this being a thing? At risk of sounding rude, I'm pretty sure this person is going through a mental health crisis or something similar, but I figure it wouldn't hurt to ask on here either, as while I am relieved that we no longer interact, that last interaction doesn't sit well with me and has lowkey been playing on my mind since then.